How to address the “Unable to generate document for form .jasper" error that sometimes occurs when attempting to print a document within SRM.

There are several potential causes of this error, and determining a solution will likely require a deeper analysis of the document that is being printed. To conduct that analysis, please contact Texada Support by phone at 1-800-361-1233 Ext 1, or by email at support@texadasoftware.com.

The primary cause of this issue is invalid character(s) being present in a document comment or line item description. This will often result in a error similar to this: 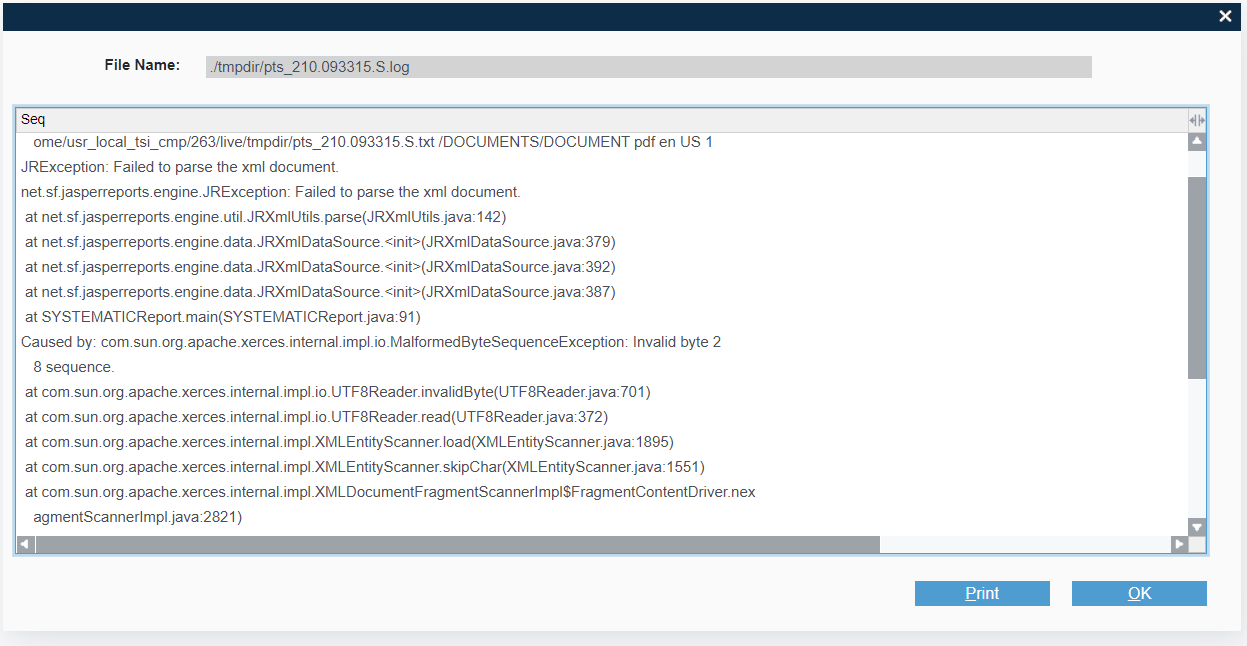 The primary indicator of this issue is the following line:

This is most often caused when data is copied from one location (such as an Excel spreadsheet or a Vendor's online marketplace) and pasted into a Texada SRM data field. The majority of the time this is not an issue, but if the source document is using an older or otherwise unsupported character set, it can cause this issue to occur. Texada Software does not explicitly recommend against the copy and paste of data, but directly typing in the information will guarantee this does not occur.

To resolve this error, the characters causing document generation to fail must be identified and removed. The best way to accomplish this is by enabling XML debugging in SRM. This will allow you to see documents as the system sees them, and identify problem characters.